Oliver Hill Train Ride – ‘Enjoy a train ride from the Settlement Railway Station to Oliver Hill on the Island’s 64-seat Captain Hussey train, where you can admire the beauty of the Island’s south-side.

Now re-opened after important conservation works to the nationally significant defence heritage sites at Oliver Hill. Enjoy a Mini Island Tour taking in highlights of the island’s south-side on the way to inspect the restored World War II 9.2 inch gun and maze of underground tunnels. Find out why guns were installed on Rottnest Island and how they operated. One hour tour operates daily at 11am, 12pm, 1pm and 2pm. Tickets available at Oliver Hill and the Visitor Centre.’ 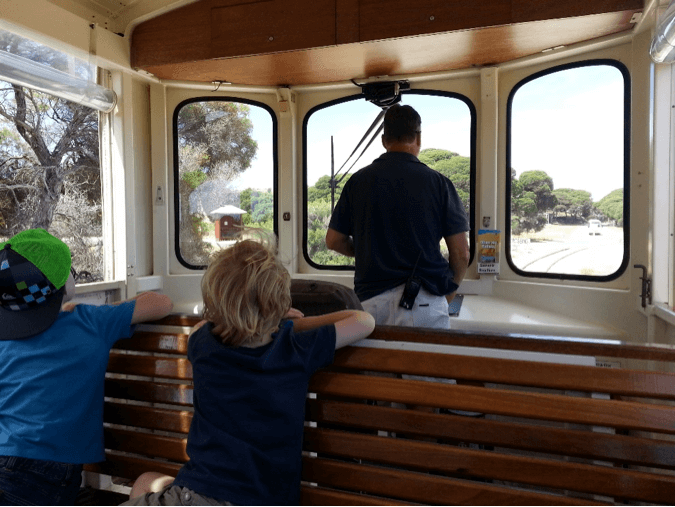 Friends recommended this tour for the kiddies so we thought we would give it a try on our most recent visit to Rottnest Island. We chose to get the train as we though the children would like it. There was one train service per day at the time of writing, which departed at 1:30pm. The station is only a short walk from visitor’s information, probably 5 minutes at a maximum and there are train symbols painted on the footpath to keep you going in the right direction.

The train goes pretty slowly through the island and you get some lovely views. It takes around half an hour to get up to the hill and has a top speed of around 20km/hr. The children really liked it. 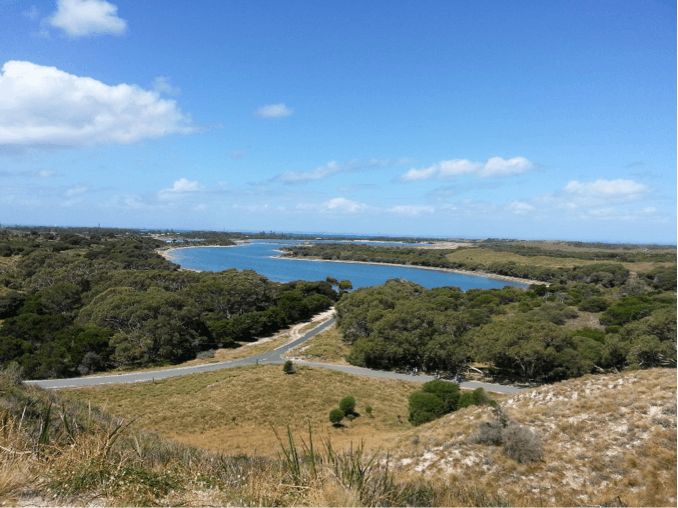 We went past the airport and some old railway cars and it was nice to see the island from a different point of view. Once at Oliver Hill, the view was lovely. 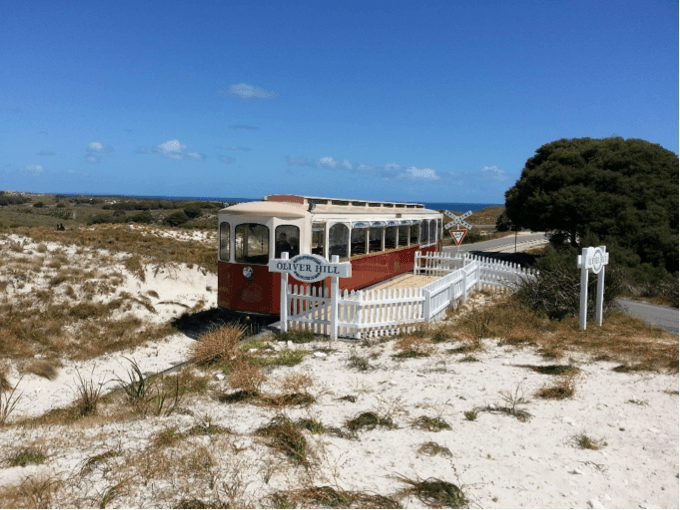 We started our tour in the crew shelter where our guide talked about about the army presence at Rottnest during the war and why they were there. 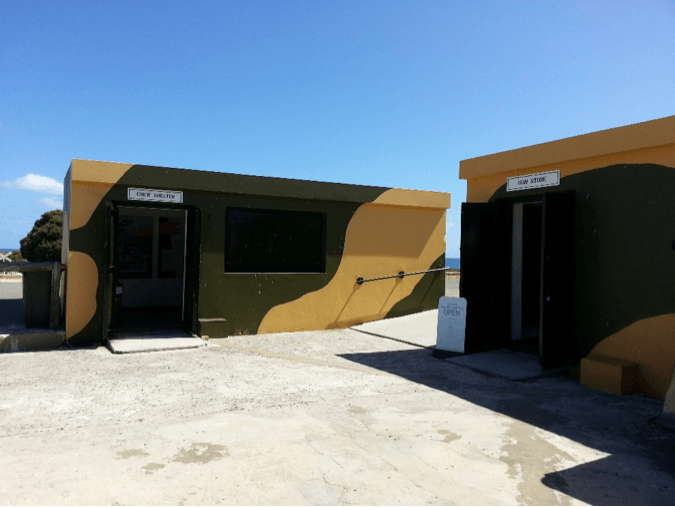 There are various pictures and information boards with further details and it was all quite interesting and not too heavy going. 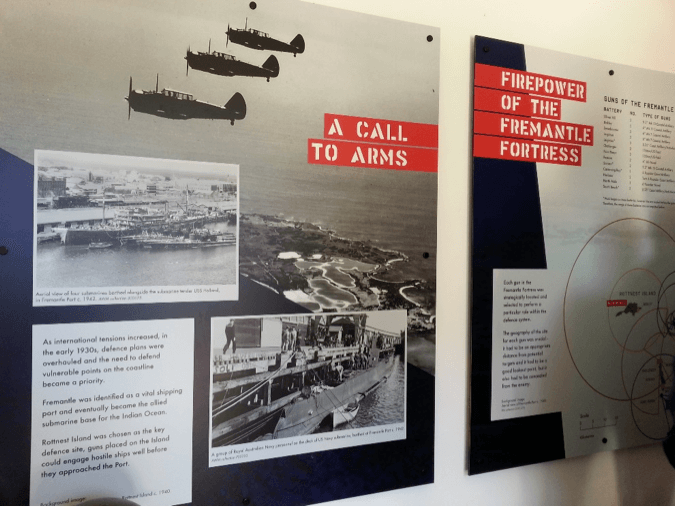 Next we went to look at the gun itself from below and then at the top. The kiddies were impressed that it was so big. 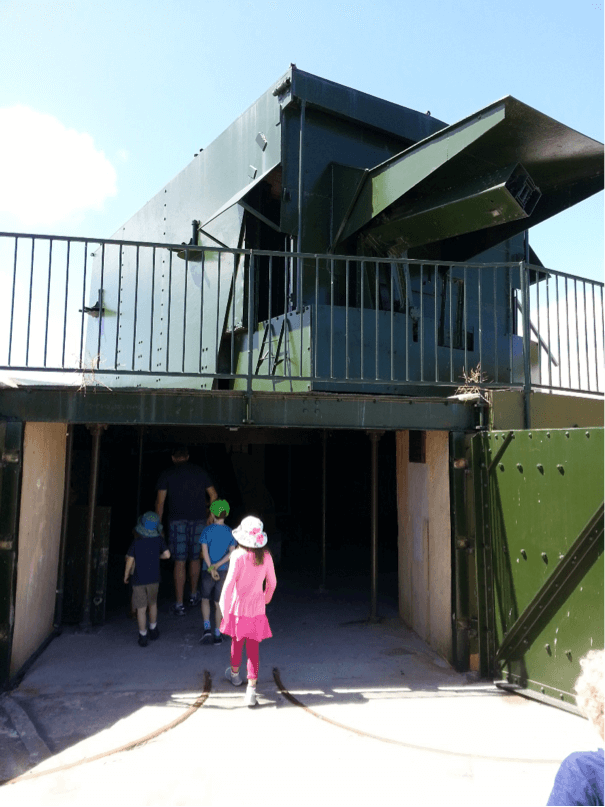 After looking at the gun we all gathered at the entrance of the tunnels. We went into the ammunition stores and our guide told us what the rooms were for, how they were made and also told us a bit about life on the island at that time. 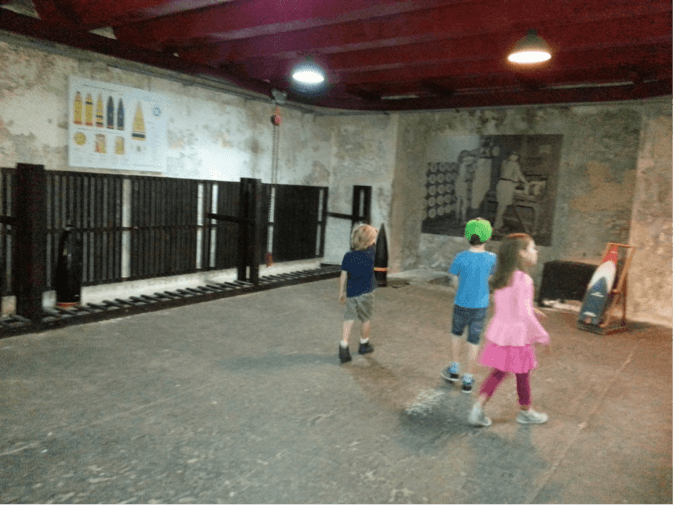 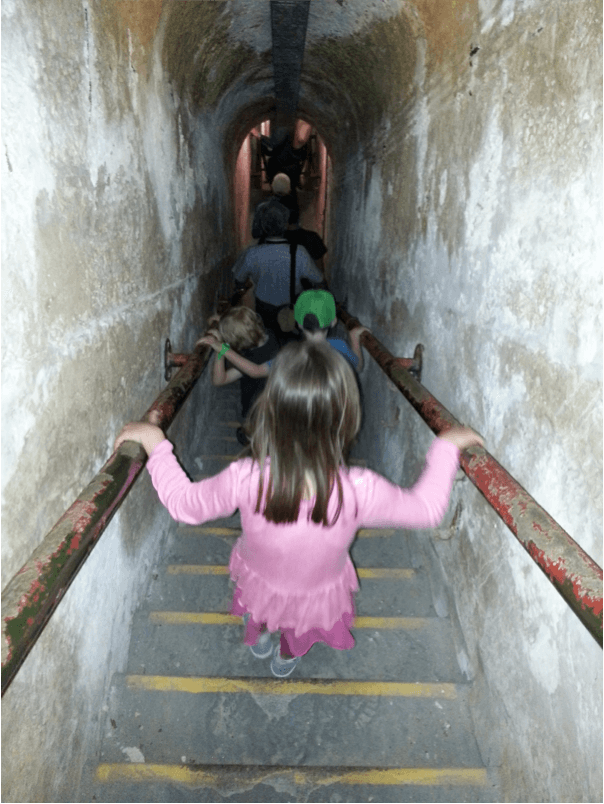 At the end of the tour you come out at the bottom of the sand dune so you walk back up through the bush which was quite pleasant. 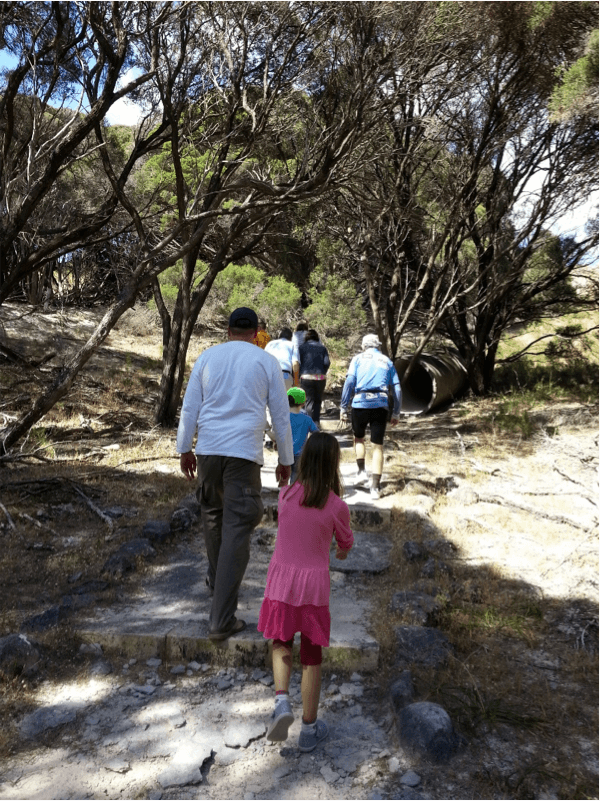 The train was waiting to take us back to the main settlement at the end of the tour. The whole tour was only an hour long and kept moving quite a bit so the kiddies did not seem to get bored. We had a 4 year old and two 6 year olds with us and they seemed fine. My daughter was also very excited that she got to help ‘drive’ the train on the way back!

I think it was definitely worth doing with the children, especially with the train ride and it was a good length of time for both the adults and the kiddies. We would certainly recommend it.

Note: If you had anyone who does not do well on stairs or if you had a push chair, you would not really be able to go into the tunnels. You would also need to keep a careful eye on toddlers as some of the steps in the tunnel were quite steep. 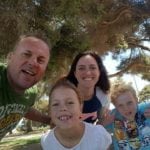 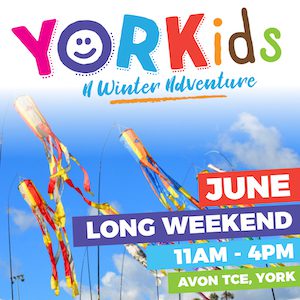 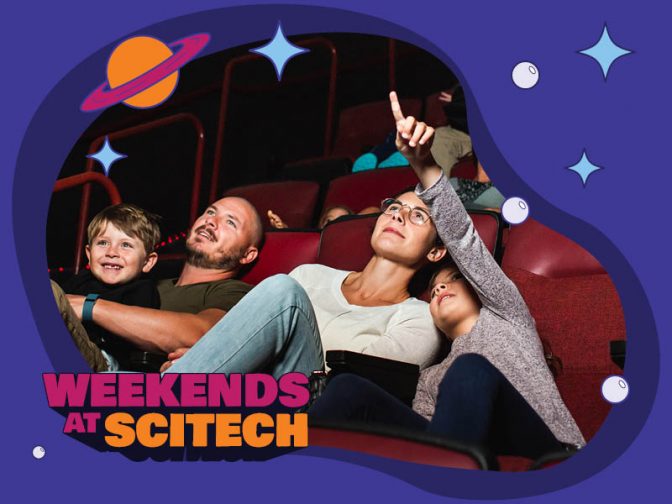