McCallum Park is a large, but seemingly underused, park located near that difficult to negotiate junction between Shepperton Road and Canning Hwy. It’s accessed from Taylor St (off Canning Hwy) and there are plenty of parking spaces (some shaded) on both Taylor St. and the adjacent Garland St. 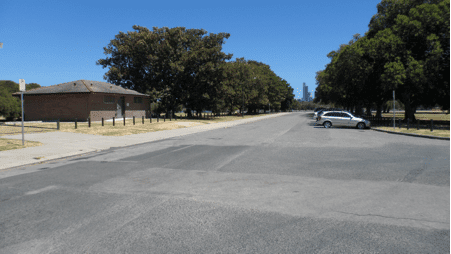 There are male and female toilets on both Taylor and Garland Streets and these were….well…what you would expect in a park. Pretty basic, but clean and functioning.

The park itself is huge – plenty of space for an impromptu post-picnic footy or cricket match. 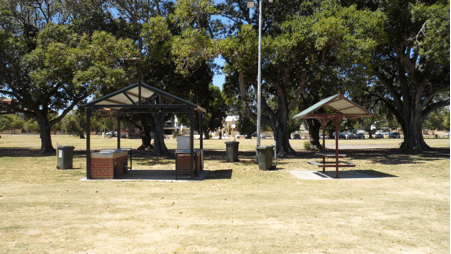 There are bbqs, bins and covered benches with a line of trees running through the park to provide a bit of shade. These aren’t that close to either set of toilets, which is a bit inconvenient if you have a toddler with a small bladder. 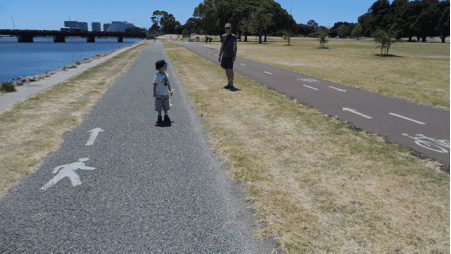 The park is adjacent the river, with great walking and cycling paths – clearly marked and separated so no danger of a toddler running headlong into a cyclist. But if you’re looking for a paddle or a swim, you’ve come to the wrong place. Big rocks heading down to the water make this too dangerous, if not impossible! Cue our son asking around every 10 seconds ‘can I play in the water?’ Uh, no. 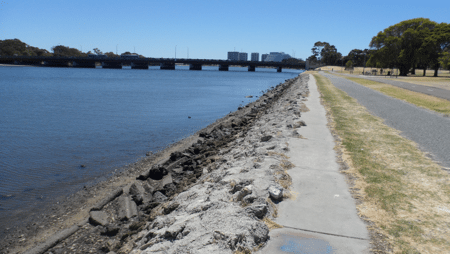 On the river, but no chance of a paddle (Heirisson Island on the LHS)

It’s a great location to walk to Heirisson Island over the Causeway Bridge – although try to aim for early morning or late afternoon when it is not as hot as there is no shade on the walk, and the kangaroos are more active at these times too. 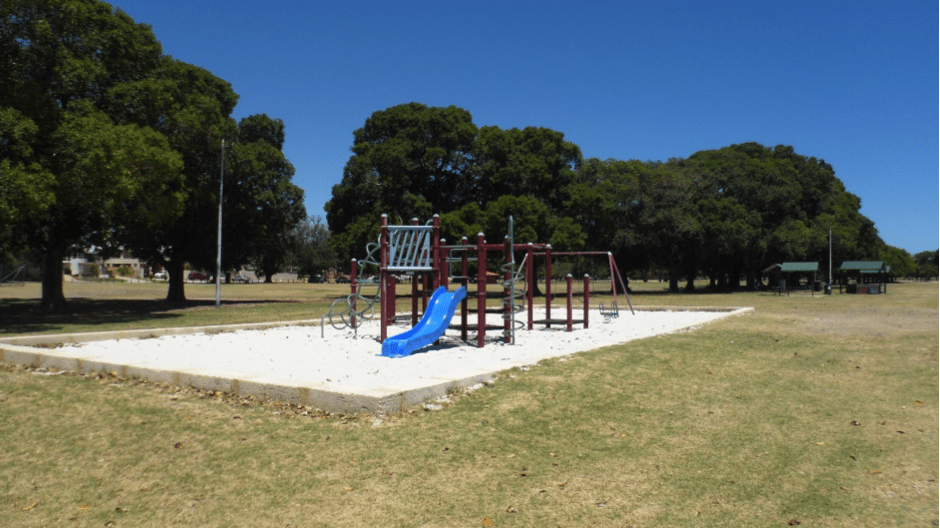 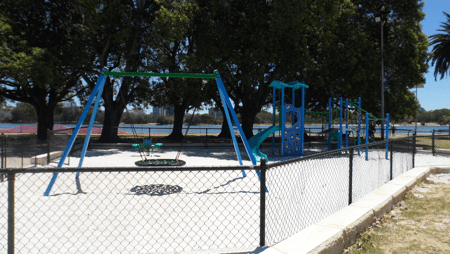 There are a couple of playgrounds – both uncovered although one gets quite a lot of shade in the morning. The one which is more suitable for younger kids is enclosed in a low fence. Handy, as it is also fairly close to the river.

And, if you still have the energy, there are various pieces of fitness equipment scattered along the foreshore (with clear descriptions on how to use them) and a skate ramp. 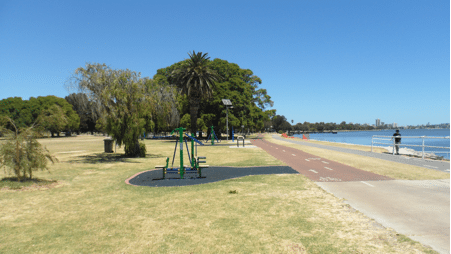 McCallum Park is a great park. It’s not as fancy as others – the facilities and playground were pretty small and basic and there isn’t a café – but there is still loads to do and a great view of the river. It was quiet on the day we visited – maybe we were missing something, or maybe it was just too hot! 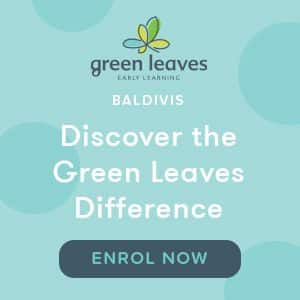 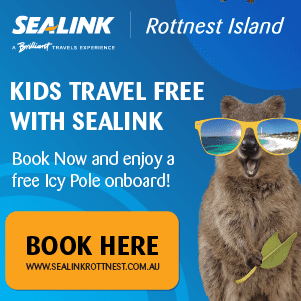