The City of Perth is alive this July School Holidays with a huge range of offerings for families and over at the Perth Theatre Trust this is definitely the case with The 78-Storey Treehouse rolling into town.

If you have read any of the series by Andy Griffiths and Terry Denton you will know that the story is filled with imagination, hijinks and hilarity. The show presented by CDP Theatre is no exception!.

The team behind this show have had a fair amount of practice with the story given they were also behind the hit adaptations of The 13-, 26-, and 52-Storey Treehouses.

CDP Theatre shared that “In this adaptation, Andy and Terry are going to be famous! The legendary Mr Big Shot has arrived to make a Hollywood blockbuster! But when his first step is to fire Andy and replace him with a monkey – well, a gibbon named Mel Gibbon – the battle is on. Will the Treehouse Blockbuster ever get made? Who will win the battle of Andy and Terry? And why are those mysterious spy cows turning up everywhere?”

We love the Heath Ledger Theatre, where this is currently on show, it’s such a grand place to experience live shows and always enhances the experience.

From the moment we took our seats we knew this would be an epic retelling of the much-loved books and we weren’t wrong. The 2 main characters of Andy and Terry were brought to life superbly by Samuel Welsh and Teale Howie.

Performances by Samuel and Teale were complemented by the cast of supporting actors. I particularly enjoyed the inclusion of the crew as a clever way to handle the many scene changes. But I particularly liked Mel Gibbon who was a lovely merging of gibbon and human movie star characteristics.

The costuming was wonderful with a range from Mr Bigshot with his elaborate “width” and the more everyday dress of Andy and Terry. The lighting complemented the play with simple lighting throughout and a space scene that left the cast glowing.

Of course, as with all these shows there are some vital messages for kids, this one about friendships and their value despite the glitter of hollywood.

No school holidays is complete without a live show and this one is certainly top of the list and sure to spark the imagination of all little learners. The 78-Storey Treehouse is lively, imaginative and engaging for younger audiences and sure to be a great favourite of existing and new lovers of the books.

On at Perth Theatre Trust until 13th July, tickets are selling fast but you can still grab a seat here.

Find more things to do this school holidays

Sharon Pegrum is a copywriter and content creator, she works with women in business to assist them to have an online presence that fits their unique needs. A homeschooling, mum of 2 she also features as a guest blogger on several sites and is passionate about promoting Perth businesses through her writing.

It’s All About Play 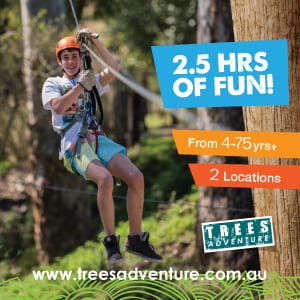 Hello, Buggybuddys isn't around right now. But you can send Buggybuddys an email and we'll get back to you, asap. Have a great day! Team Buggybuddys :-)