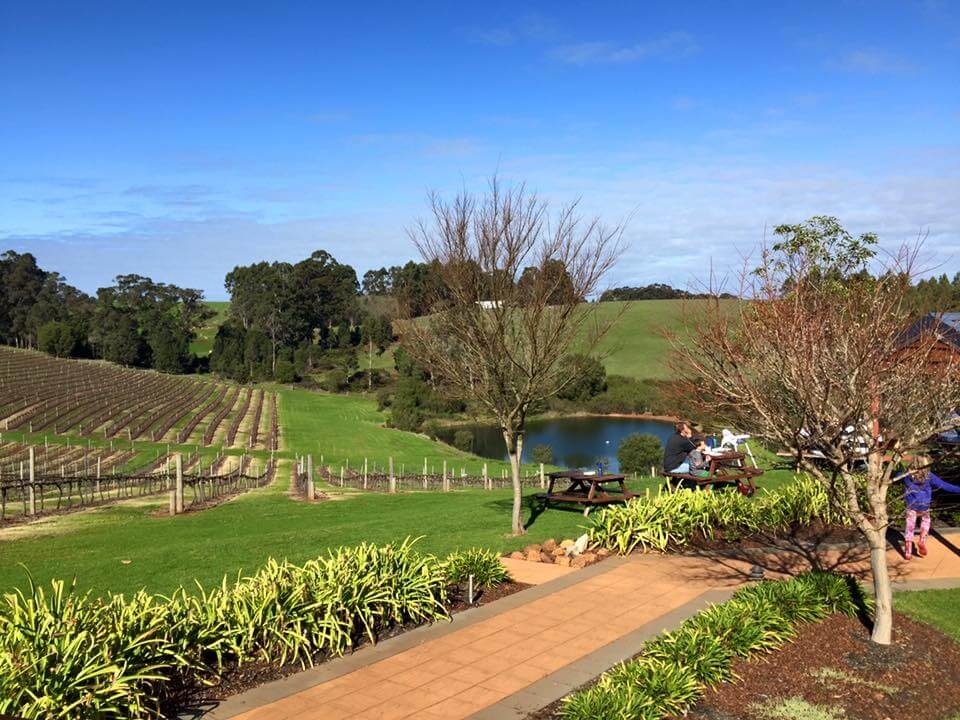 Jarrah Jack’s Brewery & Woodsmoke Café can be found 2km from the quaint town of Pemberton, in the heart of the South West of WA. It scores an A+ for the location with its stunning views – it is set on a hillside in a valley with picturesque vineyards cascading down to a small dam.

Whether you fancy a lazy lunch or merely a few drinks, this location makes it a must visit spot. You can sample the boutique wines and beers with names such as Lumberjack Ale and Swinging Axe Ale. The beers are skillfully brewed at the small batch brewery on site. 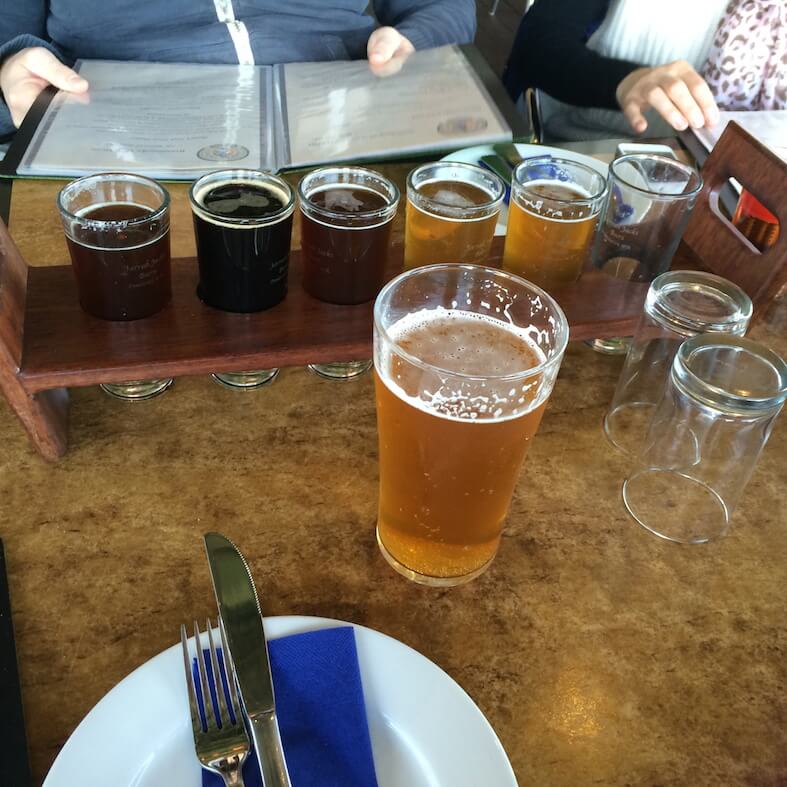 The brewery building is modern and appealing with areas for indoor and outdoor dining. There are plenty of tables outside on the verandah and the patio to take in the views. The verandah is weather proofed with plastic awnings that don’t block the view. The patio is also under a roof providing shade but there are tables on the grass in the sun too. 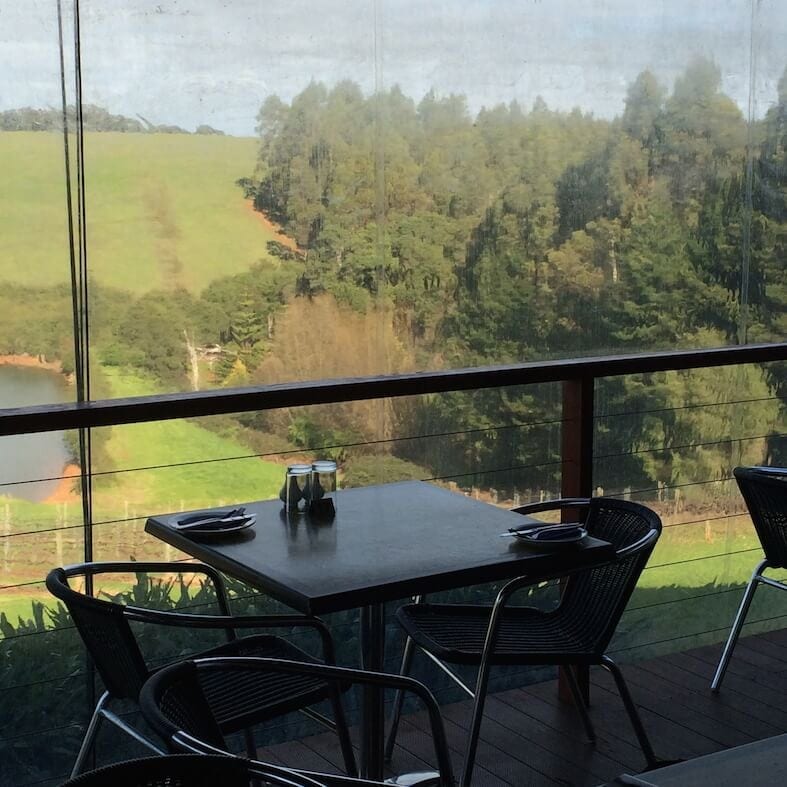 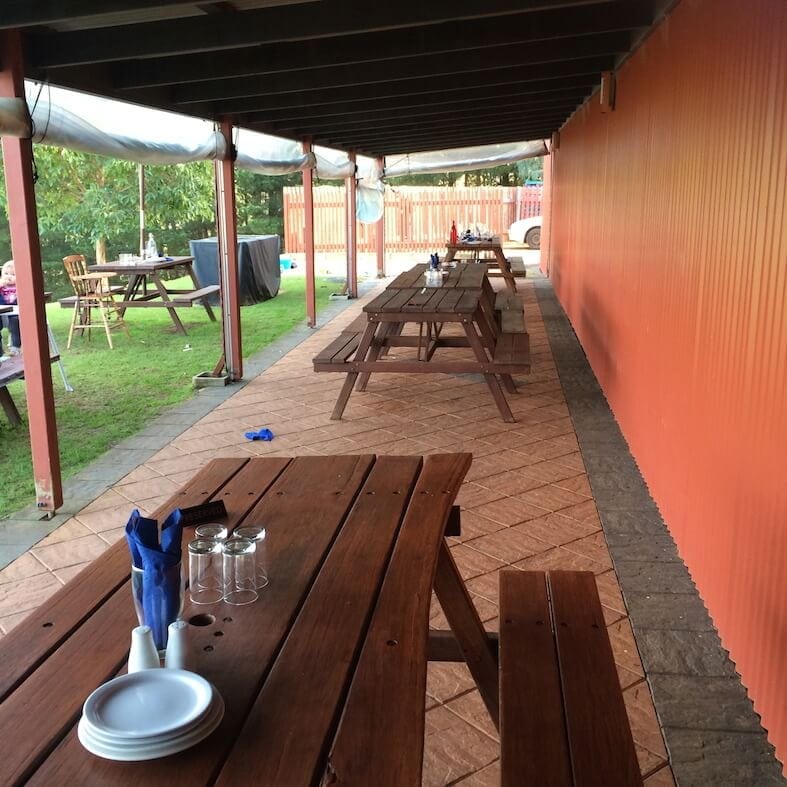 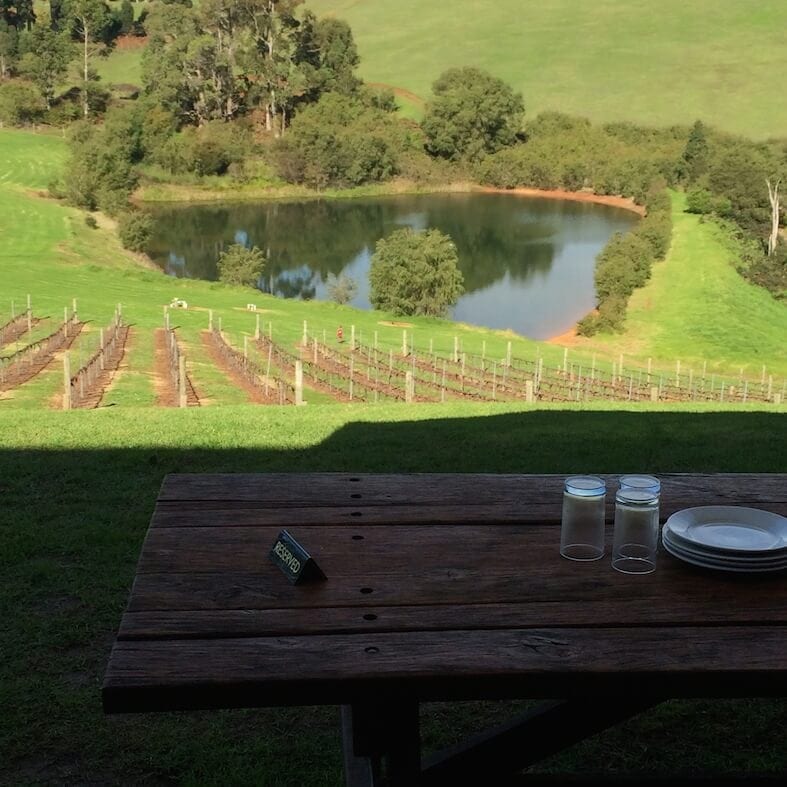 Scattered groups of comfy chairs also create welcoming areas for groups of people popping in for drinks only. 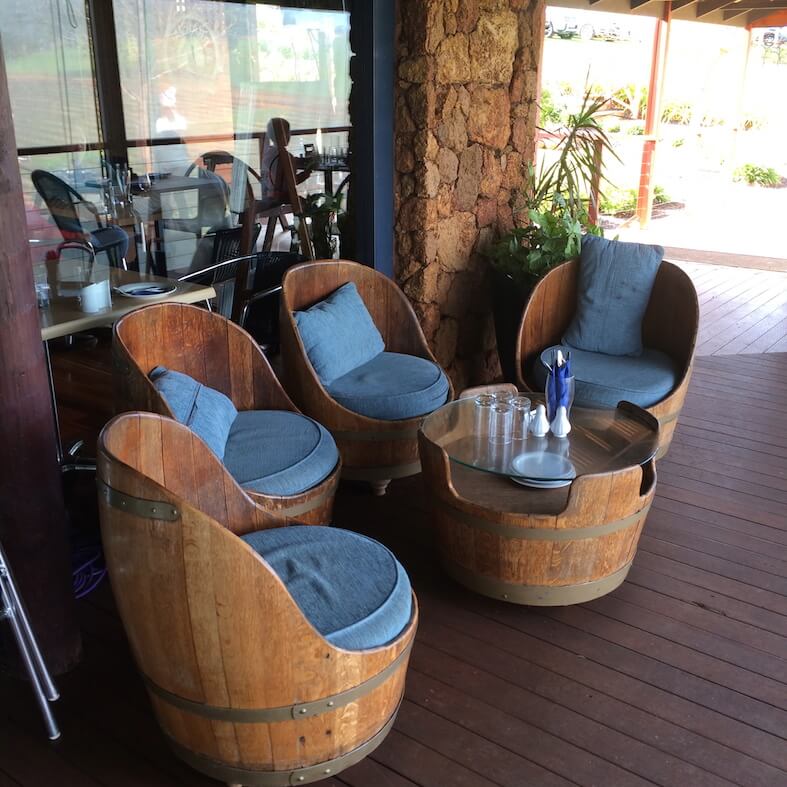 The inside bar area has stool seating or there are lower tables to eat at. There is a cosy atmosphere with the wood fireplace warming you up on a winter’s day. 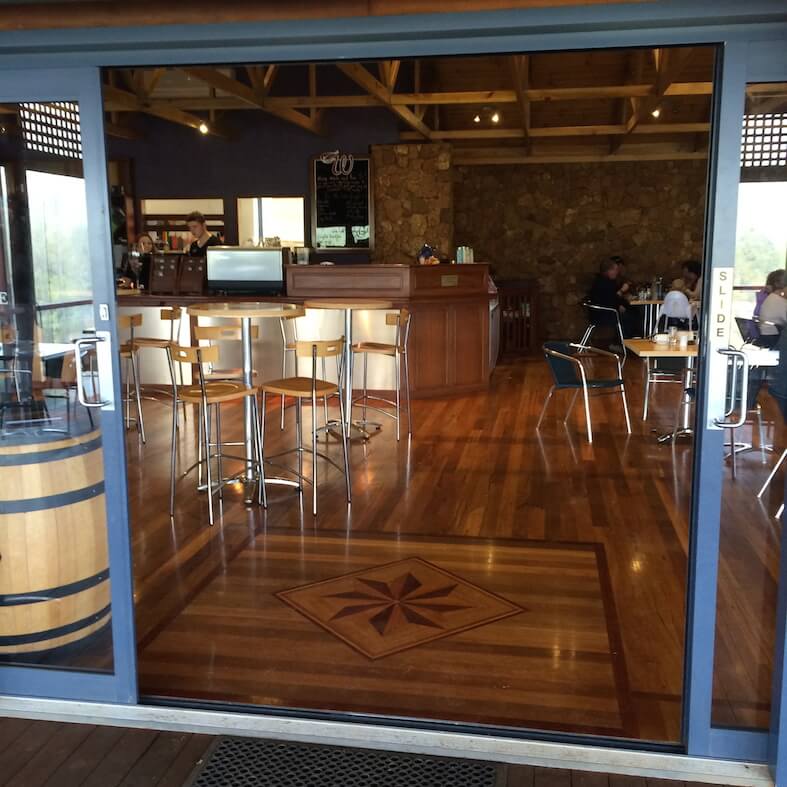 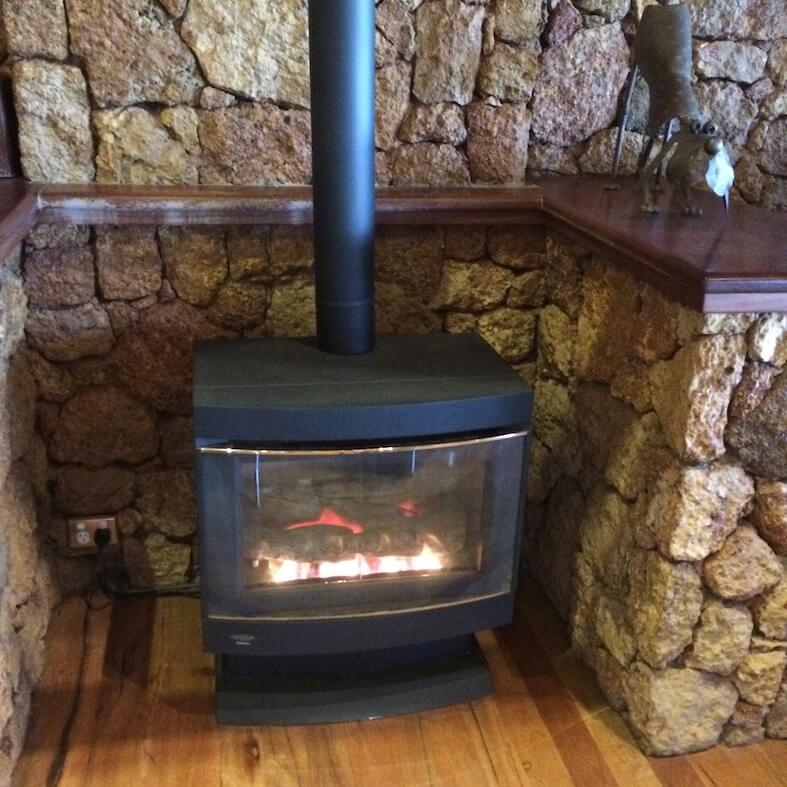 There is a large outdoor sandpit filled with sand toys that will entertain the kids for hours. We spent an entire afternoon eating, drinking  and socialising as the kids played happily. The older kids raced down between the vines to play on the shores of the small dam, so be water aware if you have little ones. The slope makes it a challenge to get down, which can be a helpful deterrent to the smaller kids unless they are adventurous. 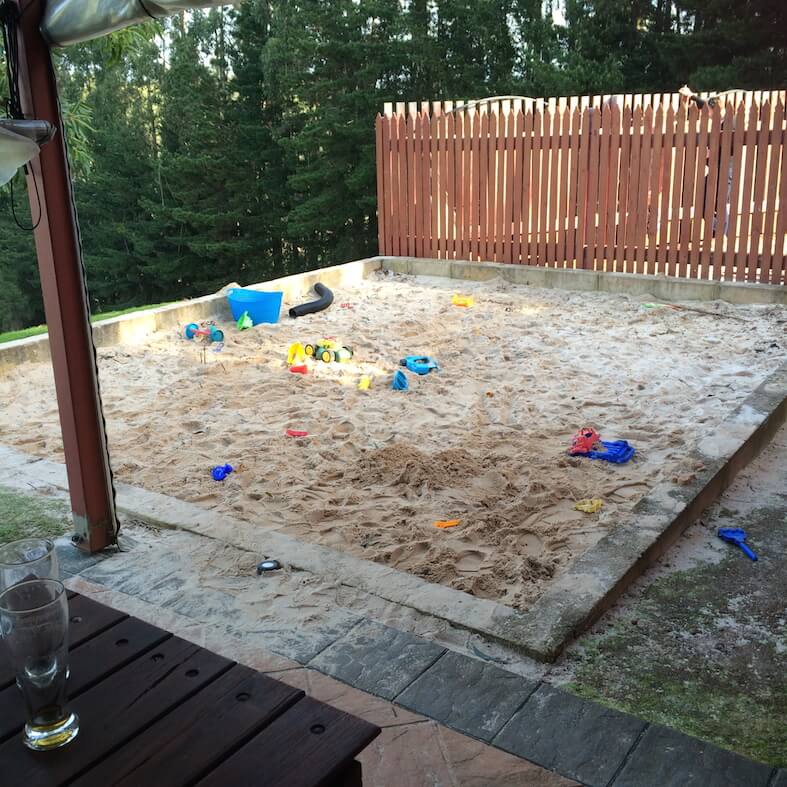 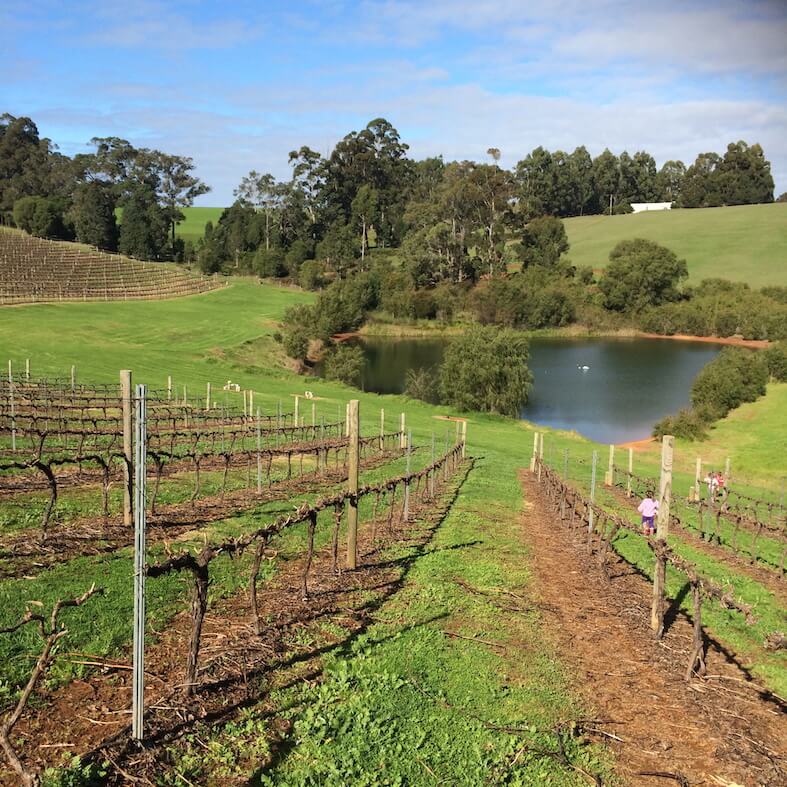 There is also a small indoor play area that is contained with a wooden fence and gate. A train track table and various cars and kitchen toys provide good entertainment for little ones. In addition, there are colouring-in pens and paper available to take to your table. 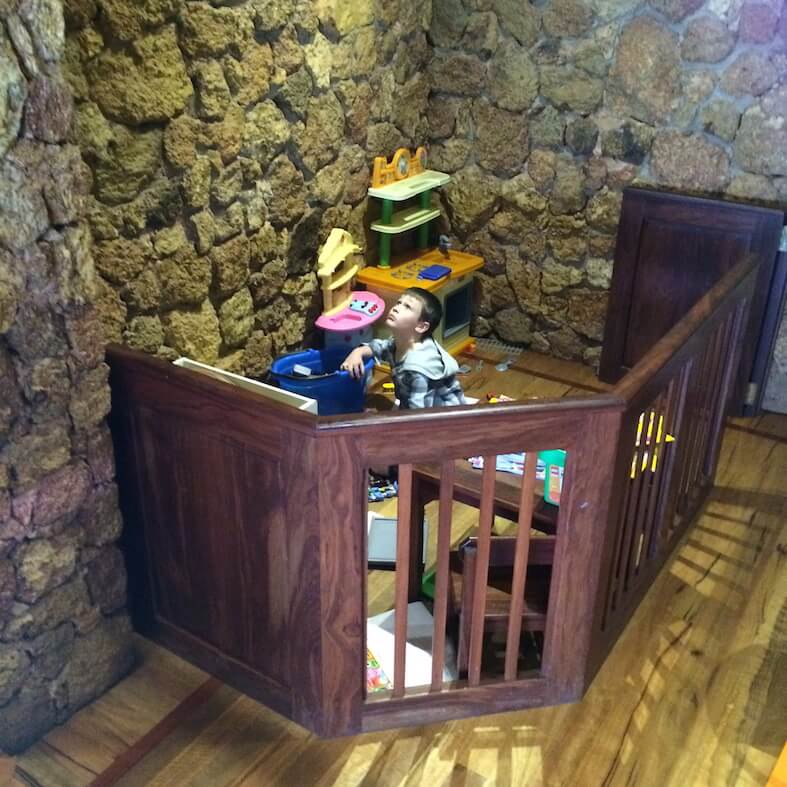 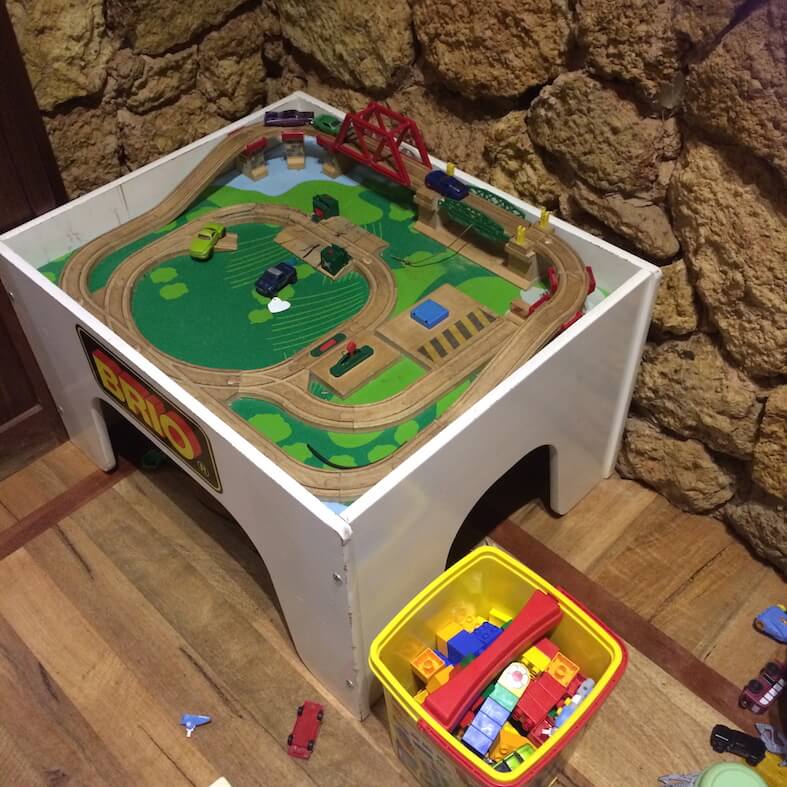 We found the food to be pleasant on our visit. We tried the assorted cooked meat platter that came on a wooden board with tasty morsels of different meats, plus antipasti extras such as olives, dipping bread and feta cheese. We also had the seafood platter, which showcased the local Marron as well as salmon, scallops and prawns.
Other meals on the small menu included Prawn & Corn Risotto, Lamb Shanks, Beef Pie, Cauliflower & Bacon Soup, and a limited Pizza menu. 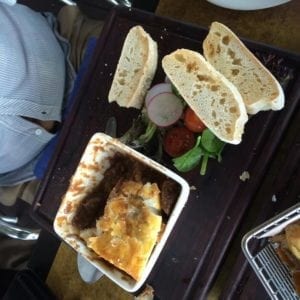 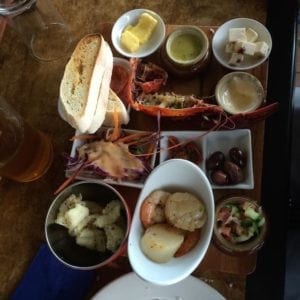 For the kids, there was a buffet for a flat cost of $8.50 per child. It was all set out in warming trays so that you can help yourself and customize it to your child’s tastes. The selection included a tomato penne pasta, battered fish nuggets and chips, veggie sticks, and a dessert choice of chocolate mousse or jelly cups.

On the downside, we found customer service to be sadly lacking and got the impression that the young staff had been left to their own devices with no Manager keeping an eye on things. Our food was nearly cold when it arrived at our table, and we had several issues getting our order brought out at the same time, resulting in some people eating after others had finished. This was disappointing given the fabulous location and kid appeal of the place, so hopefully, it will improve before our next visit down south.