The sequel to Brad Bird’s 2004 classic is INCREDIBLE! It’s been a 14-year wait for the follow-up and it does not disappoint, the action picks up exactly where the original finishes.

The Parr family – mum Helen (voiced by Holly Hunter), dad Bob (Craig T. Nelson), 14-year-old Violet (Sarah Vowell), 10-year-old Dash (Huckleberry Milner) and baby Jack-Jack (Eli Fucile) – is still in exile, Supers are still illegal and being accused of causing more chaos with their actions to save the city than the villain themselves. This leaves the Parr Family homeless, jobless, frustrated and living out of a motel room.

Not before long a telecoms billionaire, Winston Deavor and his tech-savvy sister, Evelyn begin a campaign to make Superheroes great again and put their massive resources behind Elastigirl to be the face of the new campaign to change the minds of the world leaders.

With Elastigirl out fighting a new villain on the scene, Screenslaver, this leaves Mr Incredible to the Stay-at-home parent duties. He is left to deal with teenage boy-girl dramas, homework duties and baby Jack-Jack’s emerging powers.

With Jack-Jack’s emerging powers along comes the fabulous fashion guru, Edna Mode to create the perfect suit for him although she’d far from happy to see Elastigirl wearing someone else’s design. The scenes with Edna and Jack-Jack are a highlight of the movie, very funny.

And of course, we can’t forget about family friend, Lucius Best/Frozone, a small but important part voiced again by Samuel L. Jackson.

I really enjoyed Incredibles 2, a lot more than I thought I would. Sequels can be a bit hit and miss. Incredibles 2 is a big hit. I’m looking forward to seeing it again with my kids.

Incredibles 2 is in cinemas now. For a chance to win a family pass click here to enter 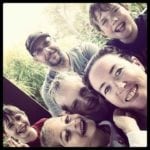 Jacqui is a busy mum to 4 school age children who is currently a Swimming Teacher with Jump! Swim School Bibra Lake and studying part time towards a Commerce degree in Human Resources & Marketing.

In her free time, Jacqui enjoys getting out & about with her family checking out new places. You can follow Jacqui on Facebook and Instagram as Perth Tweens

Wild West Exhibition on the Superscreen