ANZAC Day in Perth – Between 2014 and 2018 Australia will commemorate the ANZAC Centenary, which marks 100 years since our nation’s involvement in the First World War.

The ANZAC Centenary is one of the most significant commemorations to take place in our lifetime. It is a time to honour and reflect upon the service and sacrifice of all those who have worn our nation’s uniform – past and present.

ANZAC Day is a day of national remembrance. The acronym actually stands for Australia & New Zealand Army Corps and refers to the soldiers in those forces who landed on Turkey’s Gallipoli peninsula on the 25th of April 1915.

Services are held around the country as a way to honour all Australian service men and women and commemorate those who died or served in the military for their country.

It is hoped that the baton of remembrance will be passed on to future generations and that the day continues to be marked with the spirit and reverence that it deserves.

Every year on 25 April, cities and towns around Australia hold commemorative events to pay respect to the men and women who have served and continue to serve our great nation.

The services are held each evening from April 20th to 24th at the flame of remembrance. The services, each night remembering a different battle, begin at 5pm and provide an intimate service and wreath laying ceremony.

The Returned & Services League of Australia, Western Australia Branch Incorporated (RSLWA) invites you to attend the annual Dawn Service at the State War Memorial in Kings Park and Botanic Garden.

The Dawn Service will be held from 5.50 am to 7am. Travel delays may occur due to the sheer number of people that attend, so plan your journey to allow plenty of time. Road and carpark closures will occur and patrons are encouraged to use public transport on this day.

There will be designated areas where you can view the service on large screens.

Security and fencing will be in place in the areas closest to the State War Memorial, which will be closed when full capacity is reached.

Patrons with mobility issues and special requirements should contact RSLWA directly via email rslhq@iinet.net.au or phone (08) 9287 3799.

From 7am, food will be served in the city at the Gunfire Breakfast, where all people can share in the ANZAC Day spirit. Please bring a gold coin donation to Stirling Gardens on St Georges Terrace (next to Council House). The event runs until 9am when the ANZAC Day Parade commences.

The Australian Defence Force will leave from the corner of Barrack Street and along St Georges Terrace at 9am, followed by veteran-carrying vehicles and military jeeps, and the Ex-Services Unit, Corps, Regimental Associations. The Parade will march east along St Georges Terrace, turn right onto Victoria Avenue and into Langley Park.

From 11am to 11.45am, the Commemorative Service program is held at Langley Park (not the Supreme Court Gardens as in previous years). The event features the Salvation Army Perth Fortress Band and a massive choir. The service will have seating for 2000, so it’s recommended you arrive from 10:30am to secure a spot.

The island dawn service begins at 6am on the grassed area near to Dome Cafe. It will be presided over by Australian Navy Officers. Afterwards, there are children’s  activities at Kingston Barracks which include ANZAC biscuit baking, marches and postcard writing to soldiers. Early morning ferries are available from Hillarys and Fremantle.

NORTH OF THE RIVER SERVICES

Join us in a ceremony at 7.30am to commemorate the anniversary of the Gallipoli landings. Following the ceremony make your way down to Claremont Park to enjoy the much loved Lions Club breakfast while you enjoy music performed by the Claremont Concert Band.

The City of Nedlands and the Nedlands RSL invite you to your local ANZAC Day ceremony commencing at 8:30am to 10am. Refreshments to follow the ceremony.

The dawn service at Joondalup War Memorial will begin at 5.45am, which includes a RAAF fly past. Free parking is available close to Central Park. After the service tea, coffee and Anzac biscuits will be provided.

In conjunction with the RSL Mount Hawthorn Sub-Branch, the City will be hosting Vincent’s annual ANZAC Day march and service.

The RSL Mount Hawthorn Sub-Branch will be leading a march east from the corner of Scarborough Beach Road and Flinders Street to the ANZAC memorial at Axford Park at 10.30am. All past and present members and their families are invited to join the march.

The community is welcome to line the streets to honour our service men and women and their family representatives. During the service, members of the community will be invited to lay flowers or wreaths to commemorate past and present service members.

Light refreshments are available at noon.

ANZAC Day has been commemorated at ANZAC Cottage since the first ANZAC Day on 25 April 1916. And in 2017, 101 years later, the Friends of ANZAC Cottage will again be honouring ANZAC Day with its annual Sunset Service ‘at the going down of the sun’, beginning at 5:15 pm. Prior to the Service, beginning at 3pm, the Friends hosts a free wreath making workshop for children. This activity allows children to make their own wreath which they then can lay at the flagpole during the Sunset Service.

The Cottage will be open from 3pm to 6m on ANZAC Day and visitors are encouraged to look through the Cottage and learn more about its fascinating story. Entry is free and afternoon tea will be available for a gold coin donation.

The ANZAC Day Service will be held at 8am. Following the ceremony, at 8.45am a Gunfire Breakfast will be served at the Mount Lawley Bowls Club. Bookings are essential by phoning 9471 2100

A march on Sunday 23 April will commence at 10am on Carcoola Street, Nollamara. This will include a memorial service and wreath-laying. After the service, visitors are welcome to join the President and members for a light lunch, drinks and entertainment at 11.30am (Dress standards apply).

Gather for the ANZAC Day Service at Nollamara RSL Sub Branch parade ground in the forecourt of the RSL at 5.45am for a 6am start. A traditional gun fire breakfast for a two dollar donation will be held at the club after the service.

A dawn service from 5.45am will be held at the memorial.

Where: Slouch Hat Memorial on the cnr of Cape and Main Street

Gather at Hamilton Street by 6.30am when the group will have a short march to the service for speeches, choir performance, wreath-laying and a tiger moth aircraft fly over. All are welcome to attend a sausage sizzle, by donation, at the nearby RSL Memorial Hall (129 Main Street) following the service.

The Quinns Rocks RSL Sub Branch dawn service begins at 5:45am followed by gunfire breakfast. A choir of local students will perform.

Community members are invited to join the City of Subiaco and the Shenton Park RSL sub-branch at the 2017 Anzac Day service at 7am, followed by a morning tea at 7.30 am.

The Town of Victoria Park, with support from the Victoria Park RSL Sub-Branch, is commemorating the heroism of the men and women who have served in Australia’s armed forces with an ANZAC Day dawn service on Tuesday, 25 April 2017 at 6am.

Light refreshments and a sausage sizzle will be served following the service for those in attendance.

Gather at 5:45am for the inaugural dawn service in Wanneroo. At 7am there will be a parade of veterans, followed by a gunfire breakfast.

The main service begins at 11.30am at Yanchep National Park.

A service will be held in the hall from 12.45pm with speeches and wreath-laying.

SOUTH OF THE RIVER SERVICES

At 5.15am the parade assembles at the RSL, 5.20am parade form up. At 5.40am the dawn service commences, followed by a 7am gunfire breakfast.

6am start for the dawn service, followed by a gunfire breakfast. There is also an 8am service.

A dawn service commences at 5.30am with a 6.15am gunfire breakfast.

Gosnells RSL will host its annual Anzac Day parade at 6am, leaving from the Coles carpark and finishing at the memorial before the 7am Anzac service. There will be a gunfire breakfast at 8am. Motorists are urged to drive with care, as Albany Highway will be closed, between Fremantle Road and Gosnells Road West, from 6.25am to 7am.

At 5.30am the dawn service commences at Monument Hill. From 10.15am there will be an Anzac Parade through Fremantle, assembling at 9.45am at Esplanade Reserve.

Dawn Service commences at 5.30am, 7am gunfire breakfast, City of Mandurah RSL sub-branch, 22 Third Avenue. The main service starts at 9.30am, parade form up on Pinjarra Road, 10.30am parade step off. Service at Mandurah War Memorial. After the march, the public are invited back to the RSL.

Where: 6am –Civic Hall Pinjarra Road

The dawn service begins at 6am, at 6.30am to 8am a gunfire breakfast ($5 per person) will be held. At 10.30am parade form up in Henry Street, 10.45am parade march off and proceed to Pinjarra War Memorial. At 11am the main Anzac Day Service at Memorial begins, with the public welcome at the RSL Hall on completion of service, sausage sizzle, raffles, two up, entertainment by Perth Highland Pipe Band

A 5.30am dawn service at cenotaph is followed by a 7am gunfire breakfast at PCYC, Emma Street. 10am march/form up in front of Churchill Park, Rockingham Beach Road, 10.30am march step off, 11am main service is held at the cenotaph, Flinders Lane.

A 5.45am street march starts from the RSL Hall, followed by a 6am dawn service and gunfire breakfast at 7am.

Assemble at 5.45am for a 6am march on and dawn service commencing at 6.10am. This will be followed by a 7.15am gunfire breakfast.

Assemble at 5.45am for a 6.00am dawn service followed by gunfire breakfast at the Agricultural Hall next to Memorial.

At 8.30am the ANZAC day service will commence.

At 2.45pm a march and service will commence.

Come and help us celebrate this incredibly important national occasion, as we remember those courageous ANZAC legends.

The spirit of Anzac, with its qualities of courage, mateship, and sacrifice, continues to have meaning and relevance for our sense of national identity.

So in honour of this day, we are OPEN ALL DAY and between 12PM & 1PM, we are offering Diggers a FREE MIDDY because, well, they deserve it.

We have LIVE MUSIC from MONTY COTTON & THE THREADS 3-6PM on the outside stage, who will be performing some good old Aussie classics, amongst others!

Our kitchen and wood fired pizzas will be open ALL DAY until 8pm!

Not forgetting the little ones – for the kids we have a BOUNCY CASTLE & PLAYGROUND!

Free entry into PERTH ZOO for Servicemen and Women

Simply present your Service ID, Veterans Card, or wear your uniform on 25 April to gain free entry into the Perth Zoo!

To find details of all the ANZAC Day services around WA visit rslwahq.org.au

Let’s Hear it for the Girls 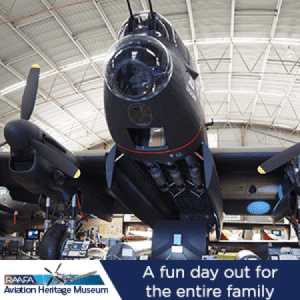